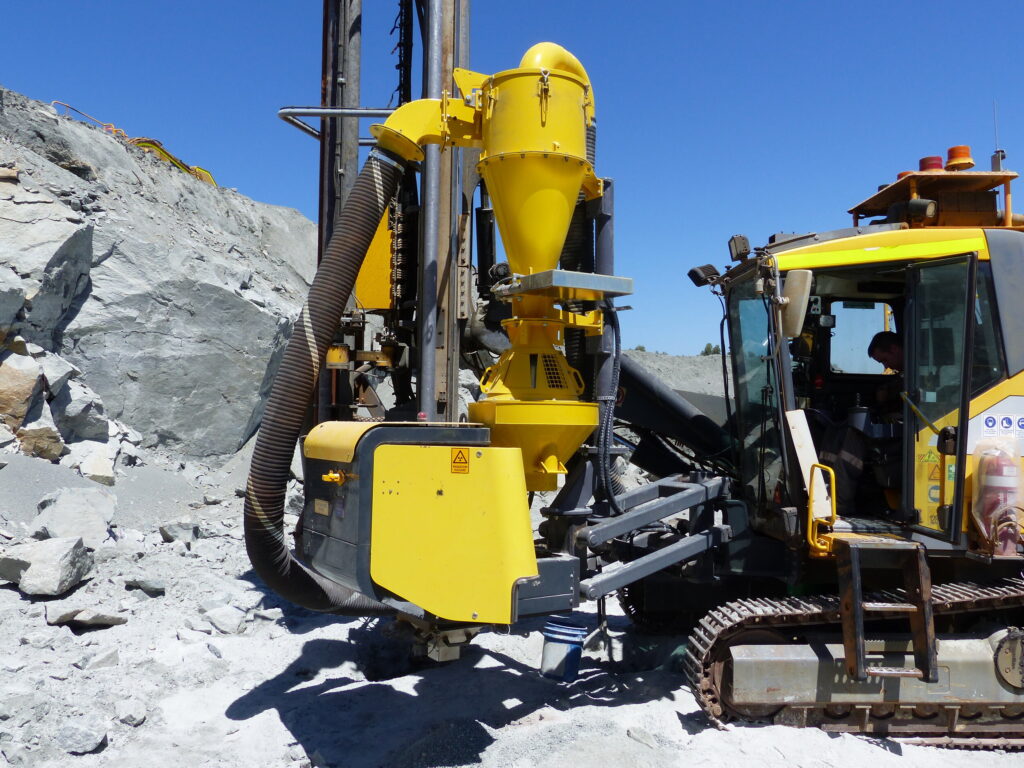 This case study run by IMA Engineering in a low grade Nickel Mine highlights the benefits of On-line drill cuttings analysis.

IMA Engineering carried out grade control study in a low grade nickel mine, utilizing the new Percussive Drill Sampler – Analyzer (PDSA) trailer mounted version. The goal of the study was to compare the current mine grade control method with the new continuous On-Line sampling and analysis method, and calculate it’s effect to the mine economy.  The test was done during normal blast hole production drilling which was done with 140mm bit size and 12 degrees inclined holes. A drilling pattern with 3,6 m burden and 5,0 m spacing and 1,5m subdrill was used.  The 15 meter high 100,000 ton bench was located in waste-ore contact zone. The ore-waste cut-off grade used was Ni% (Eqv) 0,07%.

Take this case study with you! 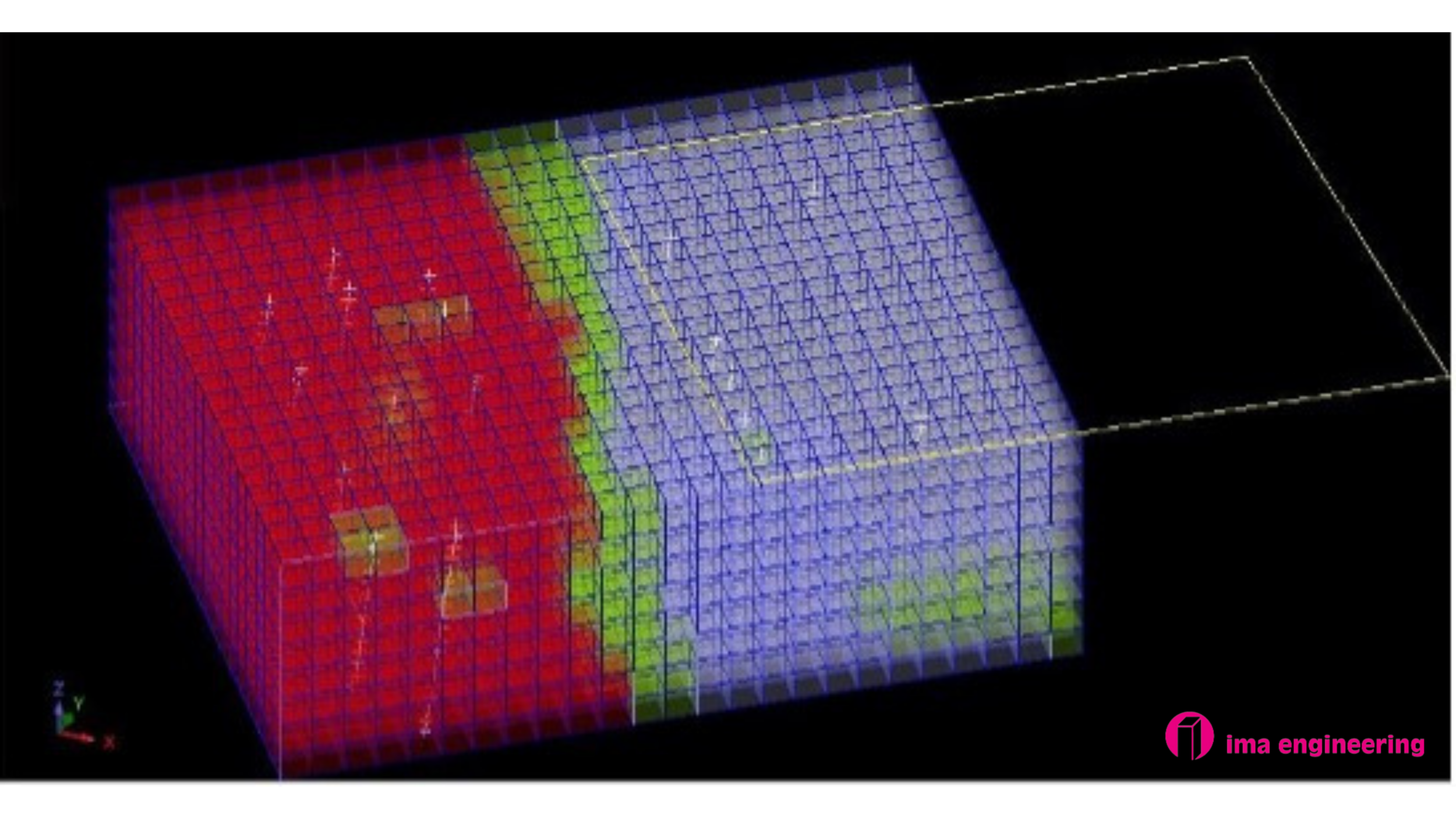 The mine was using portable handheld XRF-analyzers for ore grade control. Ore-waste border location was determined based on one analysis with the portable XRF-analyzer on each cuttings cone.

The IMA PDSA is a Sampler-Analyzer robot which and analyzes continuously elements while drilling all cuttings that come out of the drills rig’s cyclone separator.  Multi-elemental analysis for four elements was made for Ni%, Cu%, Zn% and Fe% at every 15 seconds, resulting in an average sample length of 25 cm of drill hole.  Drill bit location X, Y, Z-coordinates were combined to each analysis results.   Accurate and dense 2x2x2 meter block model was created using inverse distance variation method for the grades between the blast holes visualizing ore grade and location in the bench. 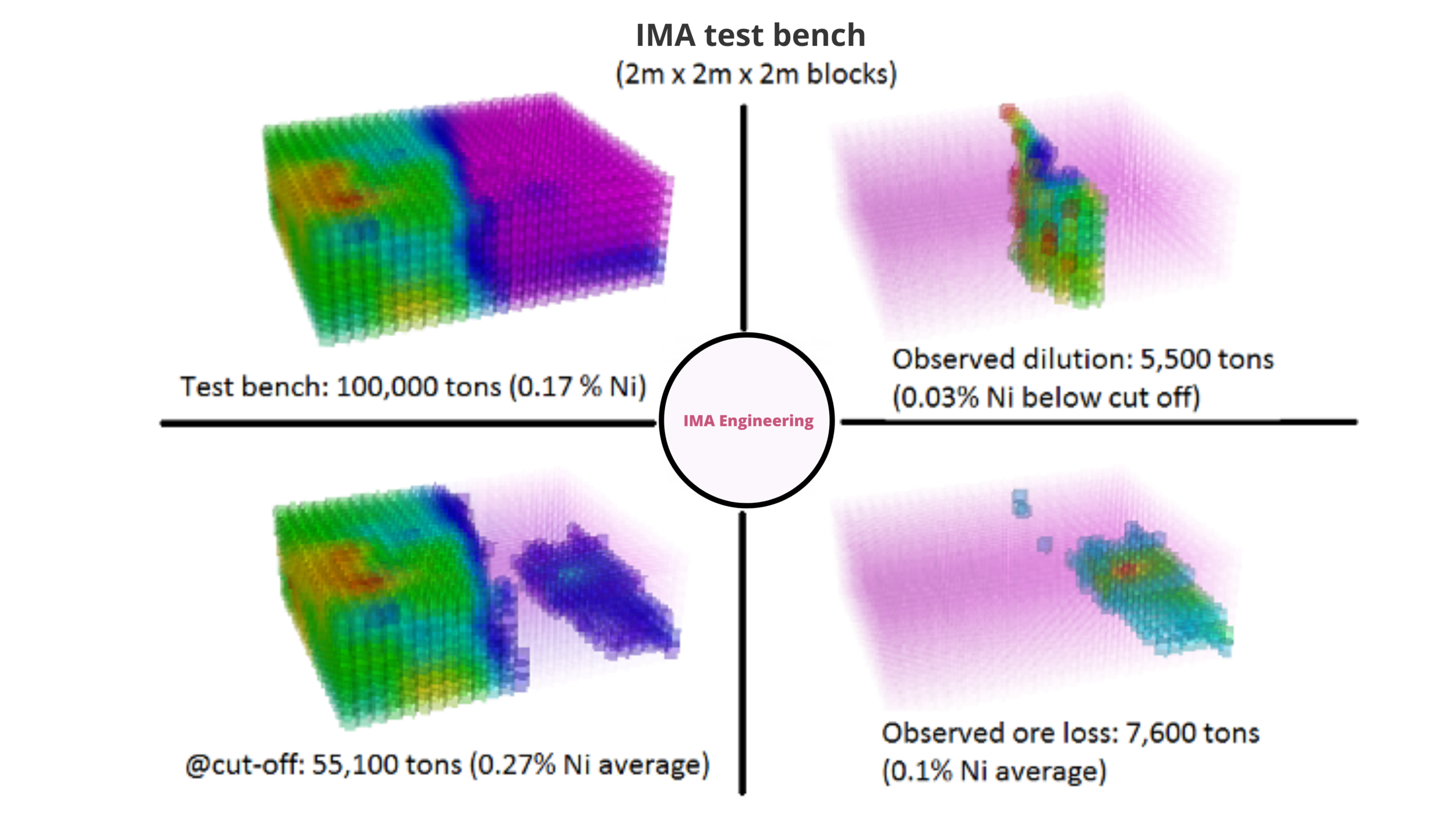 The study revealed significant difference between the current and the on-line PDSA grade control method’s results. The ore had relatively large small scale grade variations which the current grade control method was not able to detect. The handheld XRF, with a low sampling frequency with one to three analysis per cuttings pile and a small analysis area of few square millimeters per analysis, proved to give bias results. 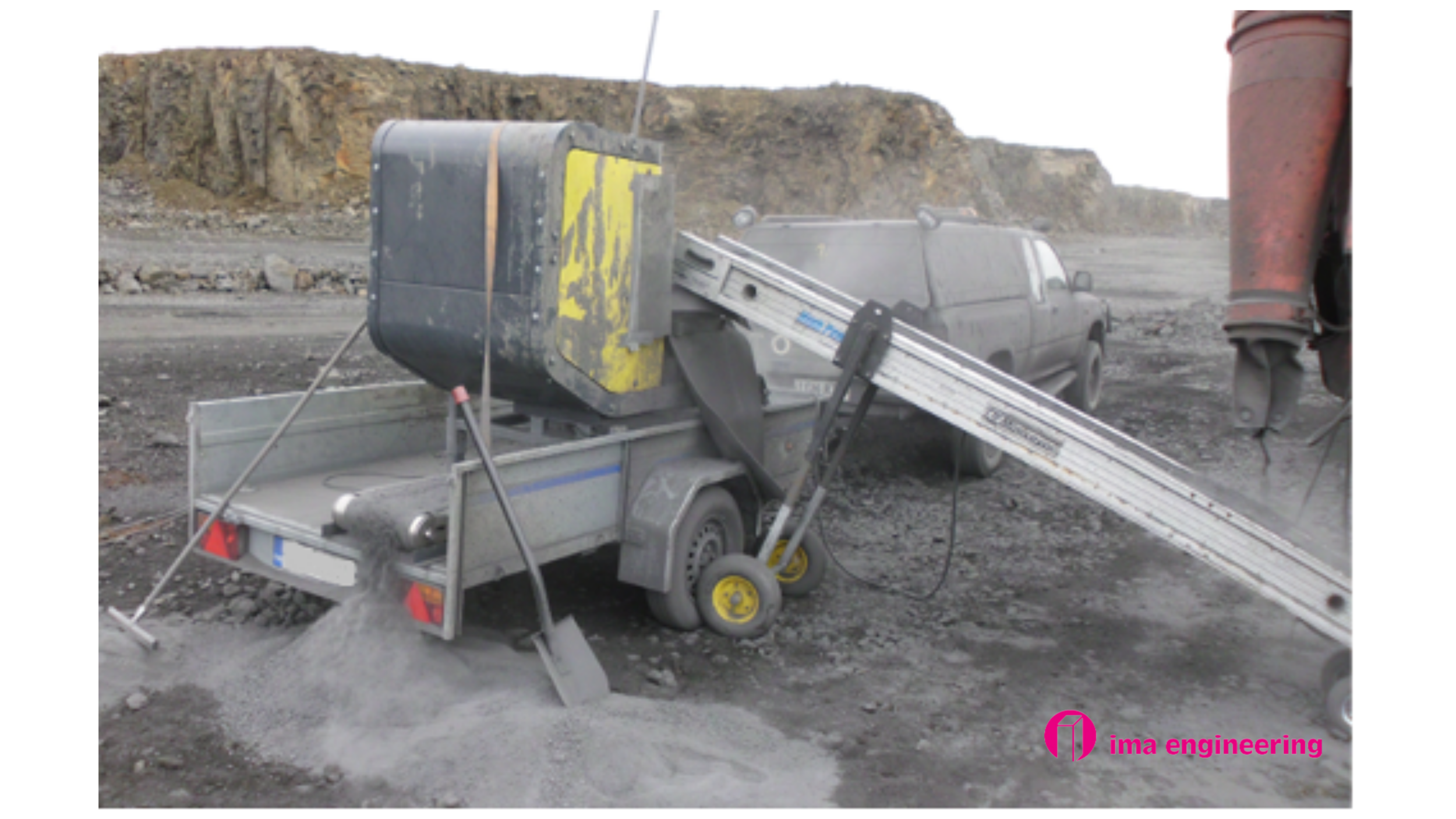 Image 1. Percussive Drill Sampler Analyzer (PDSA) trailer version manufactured by IMA Engineering used for the test at the Nickel mine.

Uncertainties in grade control lead to increased ore loss and waste rock dilution. In this case the IMA PDSA was able to detect that with the mine current method the ore – waste border line had been placed on waste rock side causing an 7.6% waste rock dilution. Further, the PDSA located previously undetected ore mass within the waste rock causing 5.5% ore loss. These losses could be avoided using the on-line PDSA-robots for mine grade control.

What is IMA Engineering?

IMA Engineering has used on-line sensors for analyzing ore and waste rock in mining for more than 25 years. Today IMA on-line sensors are used in various stages of the mining process including on-line analysis of drill cores, drill chips, ore and waste in loader bucket, ROM ore analysis on belt conveyor belt and in bulk ore sorting and in slurry analysis in concentrators.

Book a time to talk to one of our experts. Follow us on Twitter and LinkedIn and stay up to date with the latest IMA news.

IMA Engineering, “a huge step forward in my career”

Upon completing the 1st academic year of my master’s studies, I joined IMA Engineering
Read more

IlluMINEation: IMA Autosampler, ready for the RHI Magnesita mine

The benefits of ore sorting and sensing in mining

Twitter Youtube
Manage Cookie Consent
To provide the best experiences, we use technologies like cookies to store and/or access device information. Consenting to these technologies will allow us to process data such as browsing behavior or unique IDs on this site. Not consenting or withdrawing consent, may adversely affect certain features and functions.
Manage options Manage services Manage vendors Read more about these purposes
View preferences
{title} {title} {title}